Chewy soars more than 70% in IPO 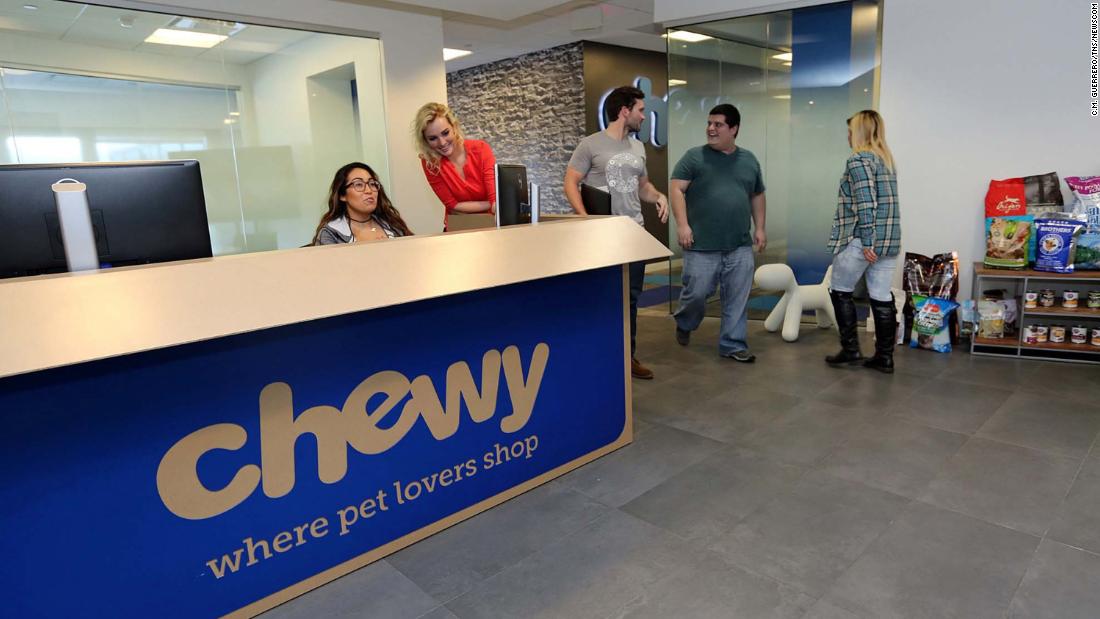 New York (CNN Business)It was raining cats and dogs on Wall Street on Friday: Online pet supplies retailer Chewy made its debut. And it was a strong one.

Chewy priced its initial public offering Thursday at $22 a share. That was above the expected range.
The company raised $1 billion from the stock sale and now trades on the New York Stock Exchange under the ticker symbol CHWY.
PetSmart remains the majority owner of Chewy, with a 70% stake in the company and 77% controlling interest. 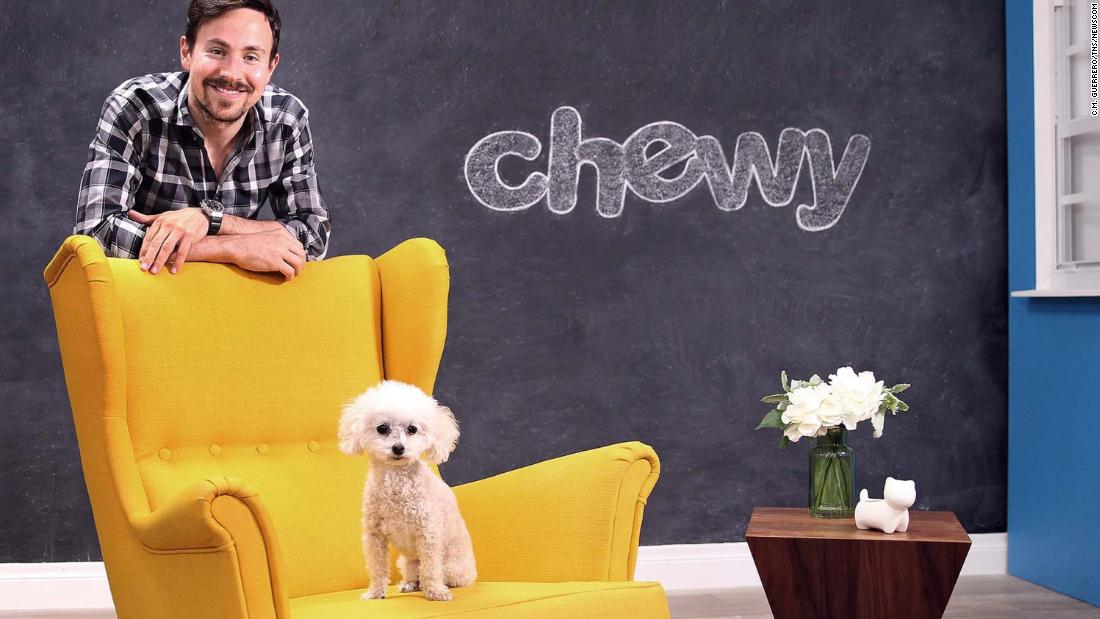 Chewy is growing rapidly, despite competitive threats from Amazon (AMZN) as well as food giant General Mills (GIS) — which recently acquired pet food seller Blue Buffalo.
Sales soared 68% last year to more than $3.5 billion. But the company is still losing money. It reported a net loss of $268 million in 2018, following a $338 million loss a year earlier.
Chewy is the latest high-profile unicorn IPO to launch with a smash, following in the footsteps of gig economy network Fiverr on Thursday and cybersecurity firm CrowdStrike (CRWD) earlier this week.
Beyond Meat (BYND), video conferencing company Zoom (ZM) and software firm PagerDuty (PD) have all surged since going public as well, a sign that the broader IPO market is still in solid shape despite the struggles of Uber (UBER) and Lyft (LYFT).
Chewy will be hoping that it is the next Beyond Meat and not another flop like Uber.
The company may also have to deal with unfavorable comparisons to Pets.com, one of the highest profile disasters of the dot-com bubble era in the late 1990s and early 2000.