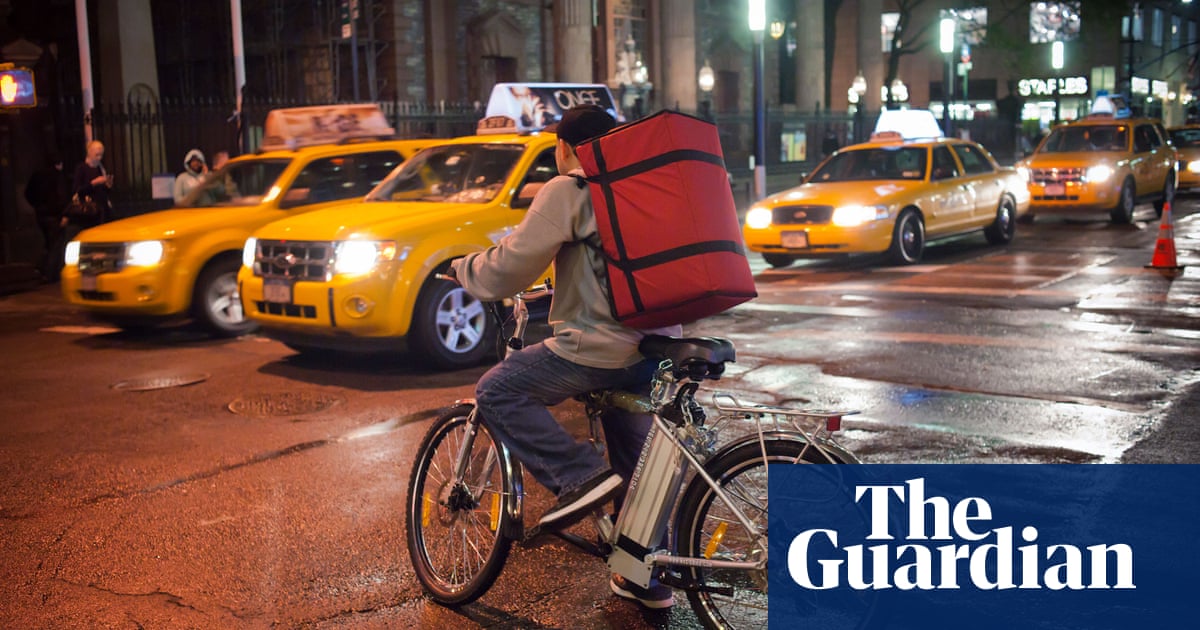 Popular US food delivery app DoorDash has bowed to pressure and changed its tipping policy after customers learned the company took tips intended for delivery drivers.

Many of the apps customers learned about the policy after a New York Times reporter wrote about his experience working for a handful of food delivery apps last week, though the policy had been in place for over a year.

DoorDash offers a guaranteed minimum for each job. For my first order, the guarantee was $6.85 and the customer tipped $3 via the app. But I still received only $6.85, wrote Times metro reporter Andy Newman. The customer was saving DoorDash $3, not tipping me.

Unsurprisingly, DoorDash customers werent happy about this. On the DoorDash app, when the customer is prompted to enter a tip amount, the app says 100% goes to your dasher. For many, the notion of a tip is that its an amount that will be added on to not contribute to the base pay of a worker.

I dont believe that a single person intends to give a tip to a multibillion-dollar venture-backed startup, wrote Twitter user Louise Matsakis. They were trying to tip the person who delivered their order. This deceptive model should be illegal.

How the hell do you justify cheating delivery drivers out of their tips to save *your* company money?! wrote Twitter user Adrian C Jackson.

Following the outcry and calls to pay DoorDash delivery workers in cash, the CEO and co-founder, Tony Xu, said on Tuesday that the company they will change their tipping model.

We thought we were doing the right thing by making Dashers whole when a customer left no tip. What we missed was that some customers who *did* tip would feel like their tip did not matter, Xu wrote on Twitter.

We did not launch our current model to pay Dashers less. In fact, when we moved it, our average contribution to the Dashers stayed the same.

Founded in 2013, DoorDash has quickly become one of the most popular food delivery companies in the United States. The company announced in February that it was worth over $7bn.

The companys policy first came to light earlier this year when DoorDash and other delivery services with similar payment systems received criticism for misleading customers who tip.

Grocery delivery service Instacart reversed its policy in February after its workers started to protest about its tipping policy, saying that it was leading to lower wages. Amazon and Whole Foods grocery delivery services were also criticized for a similar policy, though its unclear whether the company has changed it since.

With unwelcomed attention centered on DoorDash over the last few days, other delivery companies have taken the opportunity to highlight their tipping policies. Postmates sent out an email to customers on Wednesday saying our Postmates Fleet always keep 100% of their tips.

Uber exec Daniel Danker wrote on Twitter on Tuesday: 100% of tips go directly to [drivers] because theyve earned every dollar. GrubHub and Caviar also say tips do not go towards base pay.

Labor advocates have long been fighting against the gig economy that companies like DoorDash and Uber have built. Workers for these tech companies are afforded less protections because they are considered independent contractors instead of employees.

Theres some movement to change that, though its slow-going. In May, California, the home of many of the companies at the heart of the gig economy, was the first state to pass a bill that would require employers like Uber and Lyft to recognize their workers as employees.