Tanya put on her favourite dress, wandered to the sea, and a dog started following her. There are lots of strays in Tiksi people left their pets during the mass exodus 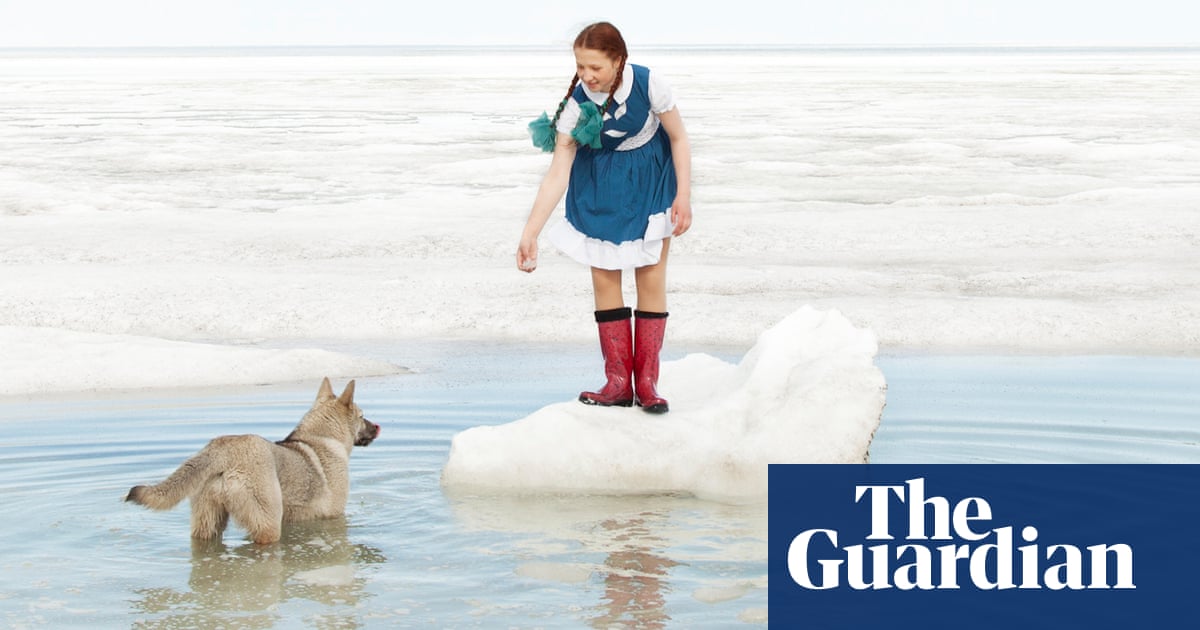 When the Soviet Union fell, thousands of people left small Russian Arctic towns such as Tiksi, where this photo was taken. It was my home town and I spent the first eight years of my life there, but it stopped receiving financial support and fell into neglect. In 1993, my family became part of the mass exodus.

Tiksi was built on the coast of the Arctic Ocean as an outpost on the northern sea route, a port town and a military base during the cold war. When I was growing up, there was a whole secret part of town that even had its own schools where nobody was allowed to go. Tiksi was also really important in the history of Russian Arctic exploration its where the icebreakers set off from. But today its struggling.

Id been away almost 20 years before I went back. Returning felt more like stepping into a dream than back into my childhood. When were little our memories merge with dreams. The Tiksi I went back to was nothing like the place I left. I found it really depressing. I didnt have any relatives or friends, and the state of the town shocked me. When I lived there, Tiksis population was around 12,000. Now, its less than half that.

One day, I went to the shore. I saw a family having a picnic with a bonfire. A little girl was throwing stones into the sea. She reminded me of myself. I took a picture of her, from the back, and didnt think much more of it. But when I returned home to New York it was the only photo Id taken that was interesting. I knew I had to find her again.

I spent two years in and out of Tiksi, much of it with the girl, Tanya. I wanted to reconnect with the town through her eyes: to find her secret places, her favourite spots, and try and recover my past through her.

She was a really happy child. She was 12 when I met her, approaching her teenage years, but still very much in her childhood. She was very playful and she loved the idea of photographing Tiksi, showing me around. But she was also very dreamy, and still is. In that regard, we had a lot in common.

I was practically living with her family, almost like their adopted daughter. When this photo was taken, it was a beautiful summers day in June, and Tanya and I decided to go out for a walk. For some reason, she was convinced she was going to grow out of her favourite dress the following day she insisted on wearing it because she would never be able to again. She tied her hair in pigtails and we wandered towards the sea.

A dog started following us. When people left Tiksi, many abandoned their pets so there are loads of stray dogs wandering through the town. This one clearly wanted Tanya to adopt her. It was a beautiful make-believe: the dog pretended Tanya was its owner, and Tanya pretended the dog was her own.

She was always climbing on things and scrambling around. She waded out and jumped on this little iceberg. This is the moment she was beckoning her new dog to join her. I knew I had to get the shot.

I think the experience of taking this image was a closure for me. Through Tanya, I was able to reconnect with my childhood, to make sense of the place I had left and to rediscover the Arctic as my homeland.

Today, the photo often gets read as a symbol. People have always romanticised the Arctic, and looked at it with a kind of awe. Now, we look at it and were scared, or we want to extract something from it. My work isnt about saving the Arctic, but I hope it offers another way of looking at the region: a loving way, an appreciative way, one that reminds the viewer of their smallness in front of it.

Im still very close to Tanya and I know this photo is very special to her. Shes in college now, but she once told me its the last image of her before she became a teenager, a time before exams and college and job applications the last photograph of her childhood.