Floating or falling? Tech companies that made stock market debuts in 2019

As WeWork woos investors, this years technology sector IPOs have mostly been a disappointment with one exception 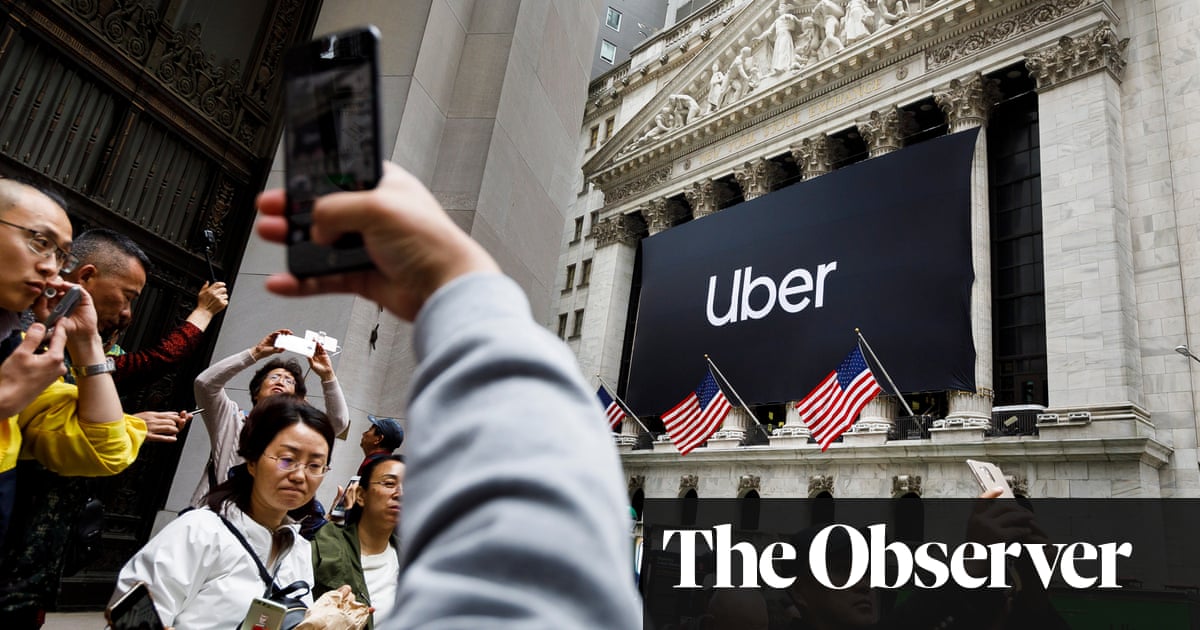 Ubers shares fell on a humiliating first day of trading in May and have closed above the $45 price of the initial public offering (IPO) on only two days since. The ride-hailing firm reported a $5.2bn loss for the three months to the end of June. Its biggest quarterly loss was weighed down by IPO expenses, but investors worry it might never make money.

In a highly unusual move soon after a stock market debut that valued the company at $82bn, Uber has cut more than 600 jobs to rein in spending. But the big concern is slowing revenue growth. Its core ride-hailing division managed only a 2% increase in the second quarter, and faces fierce competition and pressure, starting in California, to improve workers rights. Uber is branching out into food delivery, freight services and self-driving cars but that requires investors to believe chief executive Dara Khosrowshahi and his team can make a success of these businesses.

Shares of Ubers ride-hailing rival have lost a third of their value since they started trading at $72 in March, and have not returned to that price since falling on the second day of dealing. Lyft has been locked in a price war with Uber and, like its bigger competitor, faces political moves in the US to give drivers paid holiday and other benefits.

Second-quarter results in August were better than expected and it increased its revenue forecast, but it is still burning through cash, reporting a $644m loss for the period. There have been mishaps, including the suspension of an electric bicycle service in San Francisco after bikes caught fire, and the surprise departure of its chief operating officer, Jon McNeill, in July. Some investors are suing Lyft for allegedly overstating its prospects at the IPO.

The workplace messaging services shares jumped to $38.50 on their first day of trading but have since fallen to just below the $26 guide price when it sold shares directly to the public in June. Like most tech growth companies, Slack loses money its second-quarter loss widened to $360m from $32m a year earlier, mainly due to stock-based pay. But growth is not what it was either. Slack has predicted growth of less than 50% for the current quarter, down from 67% in the first three months of the year. Investors are not convinced it has a snazzy enough product to go against bigger competitors, including Microsofts Teams software. Stewart Butterfield, Slacks founder and chief executive, said it would take time for people to understand that Slack is indispensable. Investors may not have that much patience.

The digital pinboard has stood out since floating in April. Shares jumped more than 25% on Pinterests first day as a public company and are more than $10 above the $19 IPO price. The big advantage it has over its peers is that it is close to making money. Pinterests $1.2bn loss in the second quarter was mainly caused by IPO expenses. Excluding those, the loss shrank to $24.5m from $31.9m a year earlier. Revenue rose 62% to $251m, beating expectations, and user numbers rose 30%. The company has steered clear of the privacy problems that have hit Facebook and others, and chief executive Ben Silbermann is adding features such as emotional wellbeing activities and attracting users outside the US.