For too long Lyft and Uber have abused drivers like me. Not any more | Edan Alva 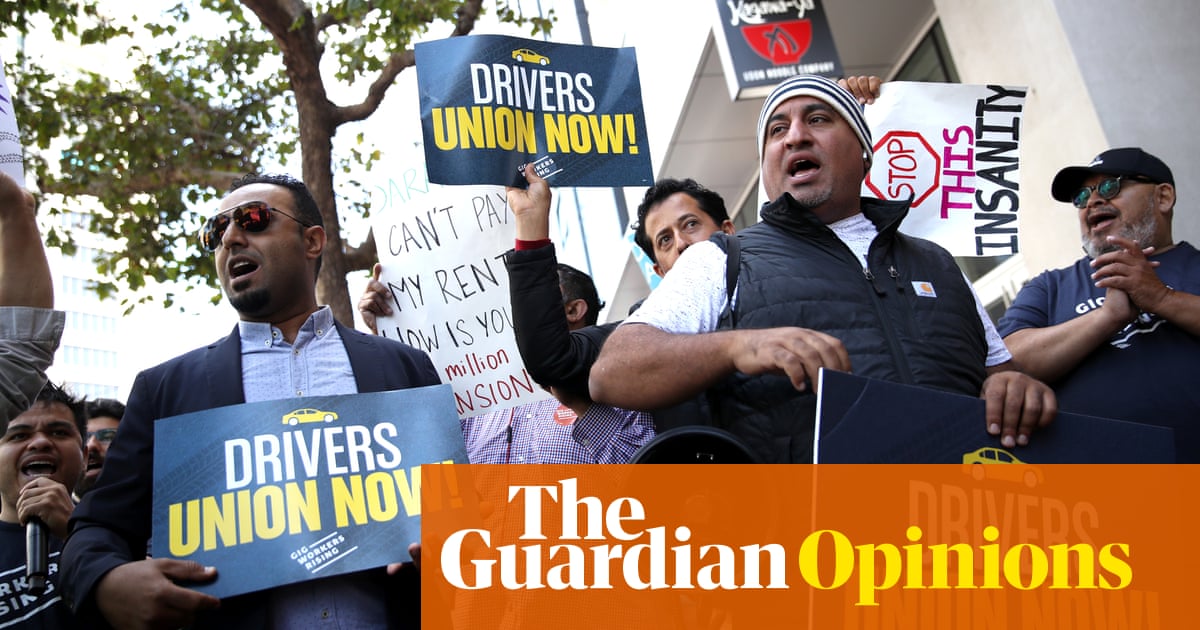 Have you ever taken a ride using the Lyft app? Theres a chance I drove you.

Ive worked in the gig economy for over four years, mostly as a Lyft driver. I started driving to make money during my hour-long commute to work. When I lost my full time job, Lyft became my primary source of income.

At first, I could support myself and my son. But over time my earnings fell as Lyft kept changing their payment structure and cutting the bonuses we could qualify for. Soon I was getting less than half of what I was paid when I started. After driving eight to nine hours a day, every day of the week, I earned just $900.

I had to start juggling multiple gig jobs to make ends meet in the pricey Bay Area. I spent more time on the road and less time with my son. I struggled with the strain driving had on my health. I felt powerless when I had to turn to the state of California for discounted health insurance for myself and my son. I thought I was the only one and that there was little I could do about it.

I noticed how, over the years, Lyft stopped holding as many events and groups to encourage drivers to connect. They didnt want us to talk to each other. They used our isolation to hold us down.

But Ive met dozens and dozens of other drivers who all share the same story: slashed wages, increased hours on the road, dwindling bonuses. We shared, too, that none of us could afford basic healthcare anymore, or enough food, and that many of us were sleeping in our cars.

Lyft and Uber executives, on the other hand, were earning millions, sometimes billions.

This is an inexcusable moral failure and I wanted to fight back. As I joined drivers at rallies and spoke out about my experience, I realized that everyday Californians and legislators were invested in changing our intolerable labor conditions.

Workers in California have just won a major victory. On 10 September, California senators voted to pass AB5 a groundbreaking piece of legislation that permanently closes a loophole allowing companies to misclassify their workers as contractors, denying them benefits and livable wages.

As a Lyft driver, I share this victory with other gig workers: the janitors, construction workers and housekeepers. I and thousands of other misclassified workers will finally get the rights and protections that all workers deserve. Whats more, AB5 could lay the groundwork for other states and countries to stand up and protect gig workers like me.

Still, the future is unknown.