How humans and machines can live and work together 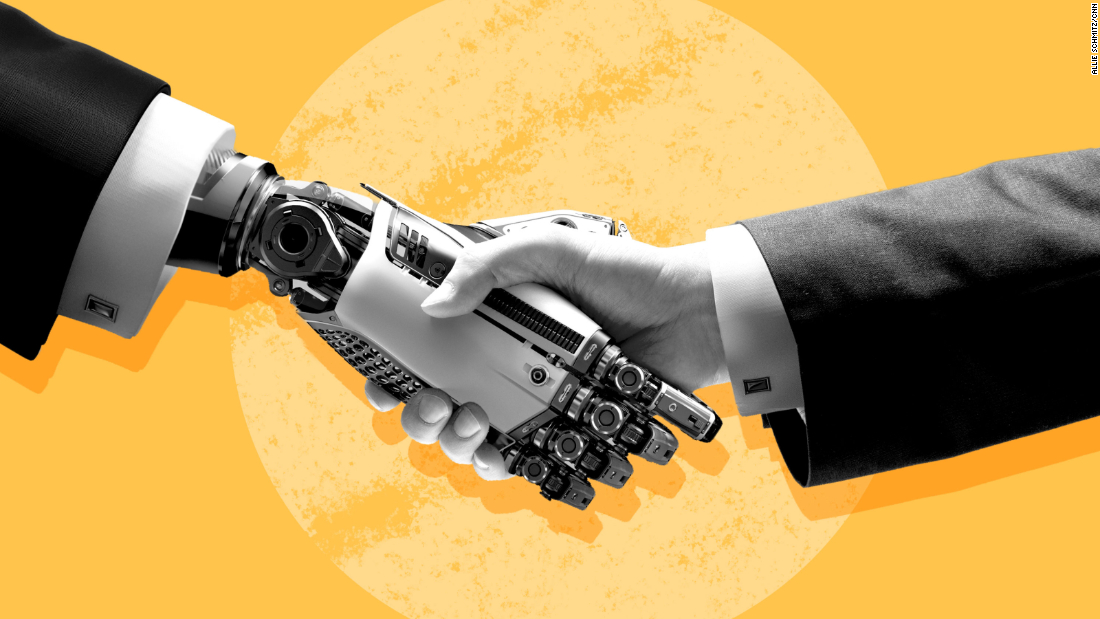 Is it ethical to replace a worker with a robot?

This was a question asked at a panel discussion at the Milken Institute’s Global Conference Tuesday. Machines have already begun replacing jobs, ranging from factory workers to baseball umpires to lawyers.
Most of the people on the panel said they believed it was ok. Pedro Domingos, head of machine learning research at investment firm the D. E. Shaw Group and professor at the University of Washington, explained that, as a result of artificial intelligence, there will be more demand for existing jobs, and new jobs will be created that are unimaginable today. This is similar to how we couldn’t imagine a web app developer decades ago, and now millions make a living doing that today, he said. John Kelly III, executive vice president of IBM, was similarly optimistic, adding, “Man and machine working together always beat or make a better decision than a man or a machine independently.”

5G will have an enormous impact on the world

How AI could make your life easier this year

I am skeptical of these claims. Automation can contribute to the rise of precarious work, such as contractors and freelancers who lack full-time benefits. Artificial intelligence likely will not create entirely new fields of expertise or careers as computers did for computer scientists. And humans and machines working together can be more complicated than either working alone. For example, an autonomous car that uses “level three technology” drives itself in most situations but hands control back to a human driver in emergency situations. This setup requires humans not to be lulled into distraction while the car is driving autonomously, as was the case in a fatal accident involving an Uber self-driving test car in Arizona.
Critically, we must optimize the division of labor between humans and machines to ensure that human + machine is superior to either working in isolation. The following are three frameworks to consider.
Follow our coverage of the Milken Institute’s Global Conference here.
First, let humans and machines play to their moral strengths — algorithms are often good at achieving utilitarian outcomes, such as doing the most good for the most people. But humans are often good at enforcing moral rules, such as making sure not to discriminate based on race and gender. Plenty of algorithmic programs designed to do good, like Google Translate, are prone to racial or gender bias, which require humans to step in and correct course.
Second, let robots do the robotic work and let humans do the rest. For example, a study demonstrates how an artificial intelligence platform and human experts working together fare better at identifying cyberattacks than either humans or machines working alone. This is because the platform does the dull, rote work of sifting through tons of data, while the human experts sample the platform’s output, identifying anomalous cases and feeding that back to the platform, which then improves on detecting cyberattacks.
Last, divide up social work. Despite our tendency to dislike robots in social contexts, outsourcing some social interaction to robots can reduce burnout in jobs that require managing others’ emotions. For example, research shows that automated customer service systems can efficiently route customers to human operators, managing the frustrating parts of the call (such as user authentication) that can free up the human agents to handle the more substantive issues.
Machines have already infiltrated every aspect of our lives, and we must learn to live with them. In considering the ethics of this novel arrangement, the most ethical thing we can do is continue to embrace and value humanity, reminding ourselves that as advanced as technology gets, it will always be learning from us rather than the other way around.