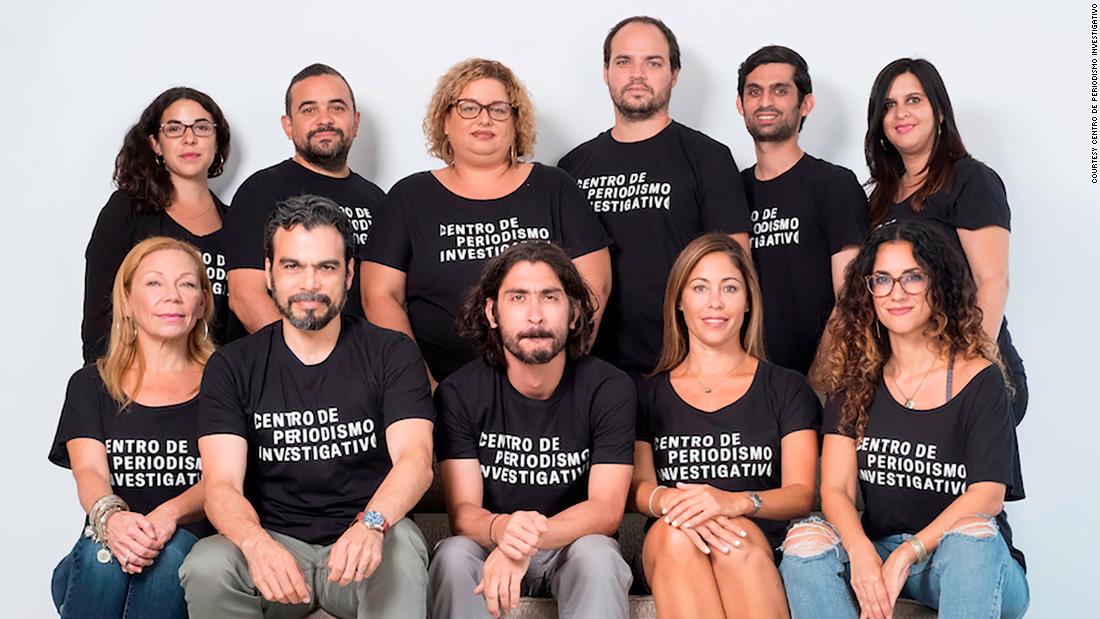 New York (CNN Business)Puerto Rico’s Center for Investigative Journalism has broken many, many stories in the past eleven years.

Hundreds of thousands of Puerto Ricans have been taking to the streets to demand the resignation of Gov. Ricardo Rosselló. The extraordinary burst of outrage is due in part to a massive leak of private messages between Rosselló and his inner circle. The messages were posted on the web by the news outlet, known as CPI for short, on July 13.
“As soon as we scrolled through the documents,” CPI’s executive director Carla Minet said, “we knew we had to publish.” 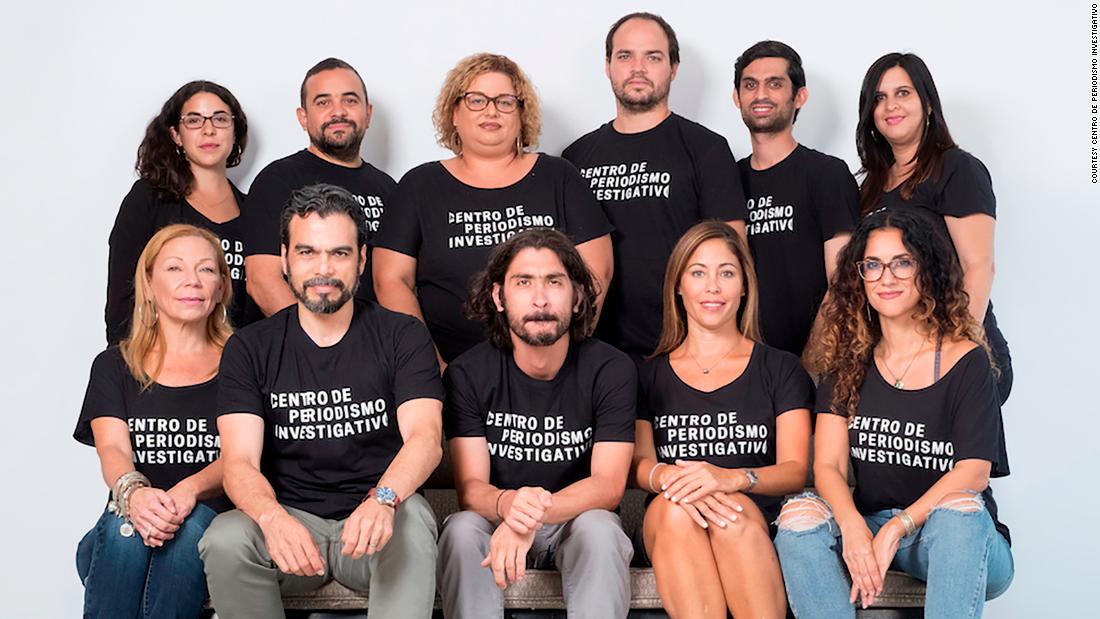 In total there were 889 pages of texts exchanged on the messaging app Telegram between the governor and 11 top aides and Cabinet members.
Minet said the messages show illegal and immoral conduct.
The profane, misogynistic and homophobic messages revealed how the island’s leaders were talking “during their business hours, paid by public funds,” she said.
Some of the insulting comments in the private chat targeted members of the media; celebrities like Ricky Martin; San Juan Mayor Carmen Yulín Cruz; and Melissa Mark-Viverito, the Puerto Rico-born former speaker of the New York City Council.
A relatively small number of the messages, including one that contains a hateful comment about Mark-Viverito, leaked on a local blog in early July, before CPI obtained the entire trove.
Rosselló apologized. But the digital dam had already burst. CPI has a sizable audience, thanks in part to the traffic amassed from other news outlets that republish its stories. In recent days the protests have been increasing in size, according to reporters on the island. 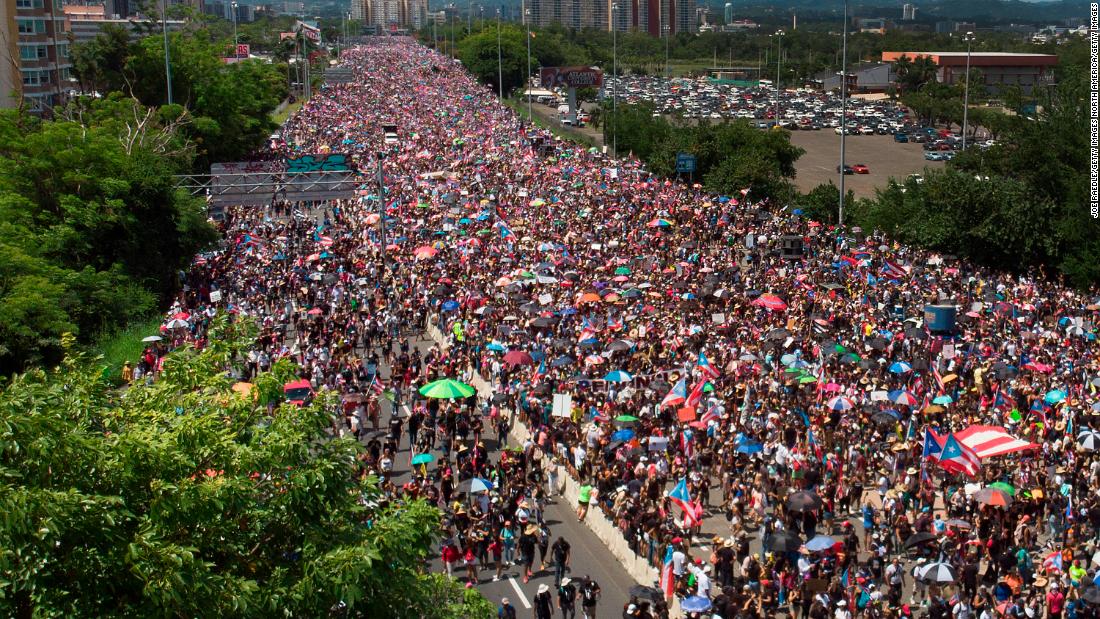 Reporters have depicted the profane messages as a breaking point for Puerto Ricans who were already fed up with corruption across the island.
The center has been reporting about that, as well.
David Begnaud, a CBS News correspondent who has spent months in Puerto Rico, tweeted that CPI “has done great work exposing alleged corruption.”
CPI was founded about eleven years ago. It is a nonprofit news organization that relies on donations from individual readers, foundations, and ticket sales for events.
Minet said the site has 10 full-time staffers along with a stable of freelancers.
CPI is essentially the ProPublica of Puerto Rico — calling to mind the New York-based nonprofit that produces investigative journalism.
The center specializes in going to court to fight for documents — a tactic that proved especially important in the aftermath of Hurricane Maria. The deadly category 5 hurricane struck Puerto Rico and the US Virgin Islands in September 2017.
CPI has led the way in reporting on the direct and indirect death toll from Maria.
Last year it published a database of hurricane-related deaths.
Minet said the news outlet has been receiving more financial support since the hurricane, “and that has allowed us to set up a team to do accountability work regarding the money” that has been allotted to the recovery efforts. 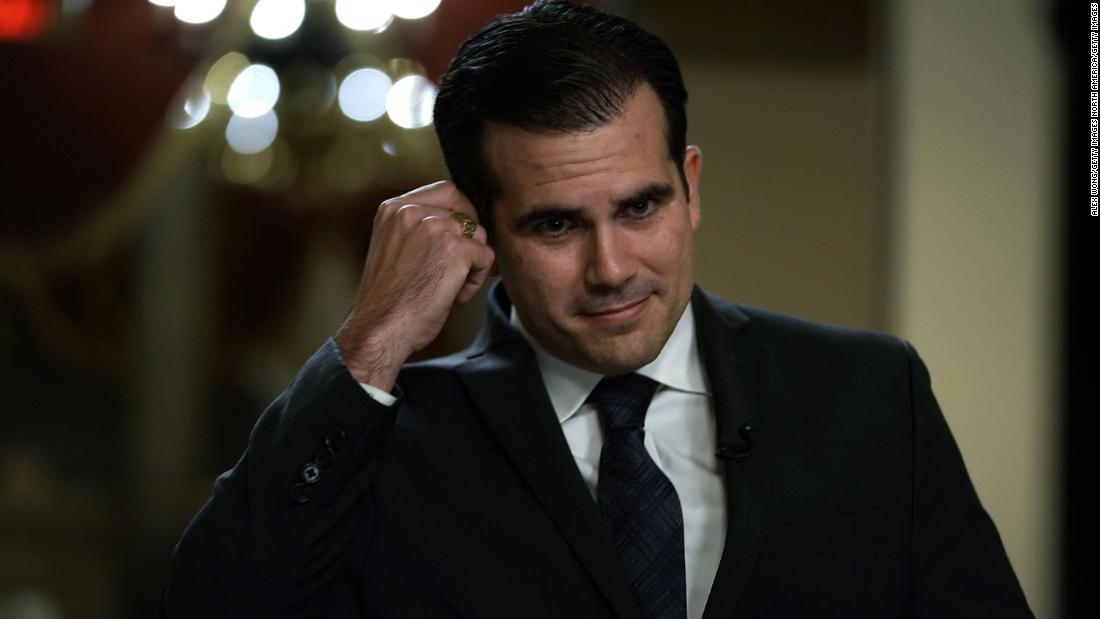 Mark-Viverito told CNN Business that CPI’s role in Puerto Rico, particularly after Maria, “has been an invaluable contribution.”
In the wake of the hurricane, Mark-Viverito has been talking “about the importance of contributing” to the organization. “Some funders just wanted to support the direct relief and didn’t understand important role they would play with regards to transparency.”
That’s what CPI demonstrated with this month’s publication of the Telegram chat messages — transparency.
Minet said the scandal that’s erupted from the text messages “is definitely” the most significant story in the site’s history.
One of the results has been CPI’s best week of donations ever, she said.
Lin-Manuel Miranda tweeted that “it’s more important than ever to support investigative journalism” in Puerto Rico, sharing a message from his father Luis A. Miranda, Jr., who promoted the importance of CPI.
The center has also been a substantial increase followers on social media. And some thank you gifts have shown up at the newsroom — including a coffee plant.