Uber: US labor board calls drivers contractors in blow to labor rights

Ruling will make it more difficult for workers to organize, secure minimum wages and other protections, labor advocates say 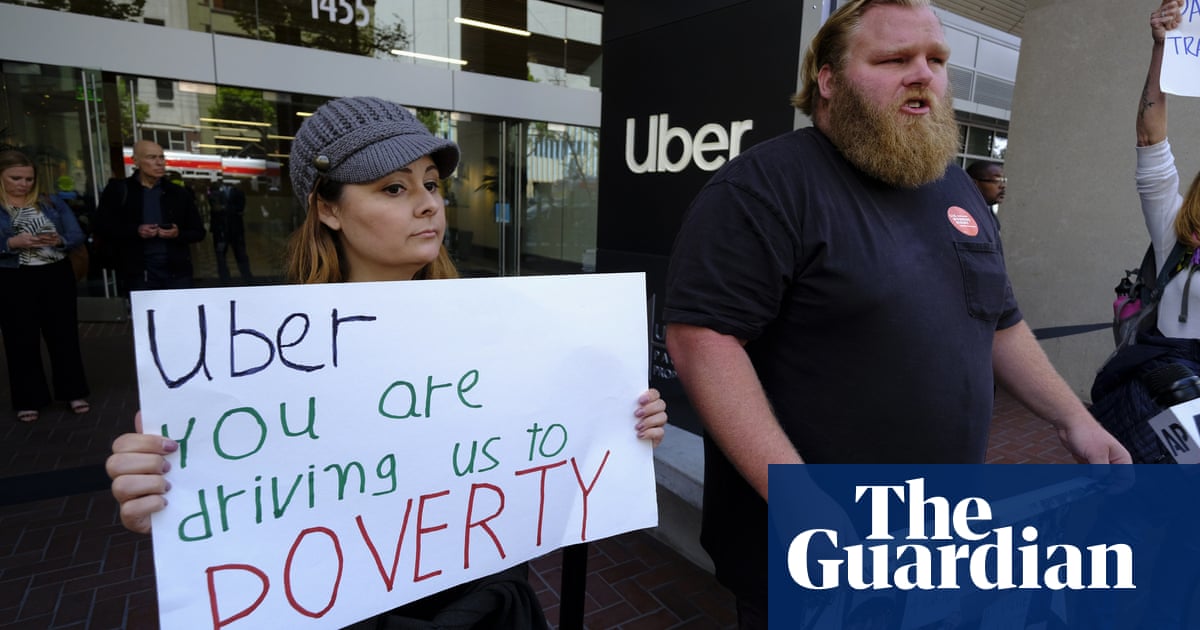 Uber drivers are not subject to traditional labor protections because they are independent contractors, the National Labor Relations Board said in an opinion published on Thursday.

The boards opinion, which appears to be the first federal comment on the issue of Uber drivers employee status, will make it more difficult for workers to organize in unions and secure minimum wages and other protections, labor advocates say.

Uber labels its workers as independent contractors in order to avoid the benefits and protections including the right to bargain collectively that are owed to employees, even though Uber drivers are not, by any stretch of the imagination, in business for themselves, Laura Padin, the senior staff attorney with the National Employment Law Project, said.

The US district Judge Michael Baylson, a Trump-appointed member of the board, said in the memorandum that drivers had entrepreneurial freedom and thus were not employees in the traditional sense.

The memo said that drivers were in complete control of their cars, work schedules and log-in locations, making them independent contractors with entrepreneurial opportunity outside of the app, including the option to drive for rival companies like Lyft. Ubers hands-off approach, the opinion said, included surge pricing, which increases drivers earnings when rides are in higher demand. That was consistent with independent-contractor status, the memo said.

The letter was written on 16 April but has been released just one week after drivers organized an international strike against the company, shutting down apps for 12 hours on the week the company went public to protest low wages and other issues with the platform. Veena Dubal, an associate professor of employment law at UC Hastings, said this timing seemed deliberate.

The fact that the office did not release the letter until this particular moment shows they are trying to deter worker organizing, she said. Its so political, and not even in a subtle way.

In the UK, judges have declared that Uber drivers are, in fact, employees and are entitled to minimum wage protections and holidays like other full-time workers. The comment from the labor board contrasts with past comments labor board when it was dominated by Obama-appointed members, which tended to side with workers in such situations, the National Employment Law Project said. In 2016, the board ruled that Postmates workers were employees.

This [memo] ignores the reality of Ubers relationship with its drivers and the myriad ways in which it controls the terms and conditions of their work, Padin said. Its hardly a surprise coming from the Trump administration, which has shamefully sided with big-money corporate interests over working people at every turn.

Uber did not respond to request for comment. A lawyer for the plaintiffs said they would appeal the judges ruling.